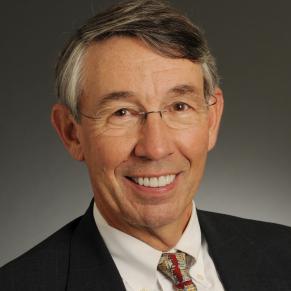 Professor Fuller joined the faculty at George Mason University in 1994 as Professor of Public Policy and Regional Development. He served as Director of the Ph.D. Program in Public Policy from July 1998 to June 2000 and from July 2001 to July 2002. In September 2001, the GMU Board of Visitors appointed him University Professor and in July 2002 he was named to the Dwight Schar Faculty Chair and Director of the Center for Regional Analysis; he served in this capacity until May 2015. He currently holds the position of Director of The Stephen S. Fuller Institute.

Prior to joining the George Mason University faculty, he served on the faculty at George Washington University for twenty-five years, including nine as Chairman of the Department of Urban Planning and Real Estate Development and one as Director of Doctoral Programs for the School of Business and Public Management.

Dr. Fuller received a B.A. in Economics from Rutgers University (1962) and his Doctorate in Regional Planning and Economic Development (1969) from Cornell University.  He has authored more than 800 articles, papers, and reports in the field of urban and regional economic development including monthly reports on the Washington metropolitan area (2/91 to 2/11) and Fairfax County economies (6/97 to 6/09).

Professor Fuller’s recent research has focusing on the structure of the Washington metropolitan area economy, how this changed during the Great Recession and how it will change going forward as its federal-spending dependency diminishes.  He has also undertaken research on the changing workforce requirements of the Washington area’s emerging economy and the housing requirement of this future workforce.  His current research involves the projected demographic changes over the next fifteen years and how these will impact the Washington area’s workforce, housing market, and demand for public services.

Professor Fuller was recently appointed to serve on the Joint Advisory Board of Economists by Governor McAuliffe.  He served on the Governor’s Advisory Board of Economists under Governors Kaine, Warner, Allen and Wilder. In 2003, he was a member of the Governor Warner’s Tax Reform Working Group. He also is a member of the DC CFO Business Advisory Group of the District of Columbia, the Montgomery County Business Advisory Panel and the U.S Army Women’s Foundation.  His international assignments include Kazakhstan, Georgia, Hungary and China as well as on-going projects in Portugal.  He served on the Board of Directors of Tompkins Builders Inc., a DC-based company, from 2004 to 2012, and currently serves on the Boards of the Global Environment and Technology Foundation and Northfield Mount Hermon School in Gill, Massachusetts.  In May of 2015, Dr. Fuller was elected as Chair of the Board of Trustees of the Northfield Mount Hermon School.