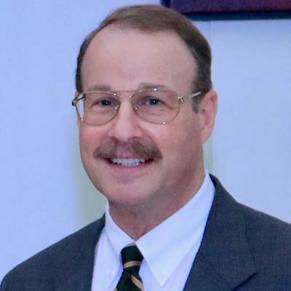 Jim Burroughs came to George Mason University after fifteen years in the government and non-profit sectors. In the federal government, he served as a legislative assistant to two members of Congress and as legal counsel in the Office of the Federal Register at the National Archives. He served seven years as General Counsel and head of government relations for the National Propane Gas Association. From 1995-2000, he was an adjunct instructor at George Mason University and at Virginia Tech. He served as Acting Master of Public Administration (MPA) Director in 2000 & 2001 and has been a regular faculty member since then. He is a founder of the Master of Public Administration Cohort partnership with local government in Northern Virginia. He currently serves as a Judge Advocate in the Virginia Defense Force which is part of the Virginia Department of Military Affairs.