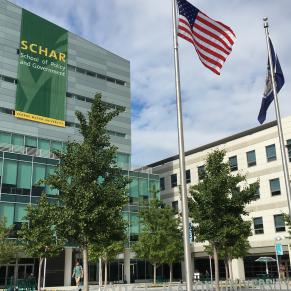 George M. Guess is adjunct faculty member in the Schar School of Policy and Government at George Mason University and former Scholar in Residence in Public Administration and Policy at American University (2007-11). He was a recipient of the Jesse Burkhead Award for best article published in Public Budgeting and Finance in 2006 (with Christine Martell). From 2004-2007, he was Director of Research at the Open Society Institute’s Local Government and Public Services Reform Initiative in Budapest, Hungary.  From 1993-2004, he was a Senior Public Administration Specialist at Development Alternatives, Inc. (DAI).  Before that, he served two years with the Fiscal Affairs Department of the IMF, providing public expenditure management assistance in the former Soviet Union and Eastern Europe. For the World Bank, he led and served on public expenditure review missions in several countries of the former Soviet Union, West Africa and Central America.  He was an OAS Fellow to Costa Rica and a Fulbright Professor twice—once to Uruguay and later in the Central American Research Program to Honduras, Belize and Costa Rica. His PhD is in political science from the University of California, Riverside, and he is the author or co-author of ten books, including International Public Policy Analysis with Thomas Husted (New York: Routledge/ Taylor & Francis, 2016); Cases in Public Policy Analysis, 3nd edition with Paul G. Farnham (Georgetown U. Press, 2011), and Comparative Public Budgeting: Global Perspectives on Taxing and Spending, with Lance T. LeLoup (Albany: SUNY Press, 2010).