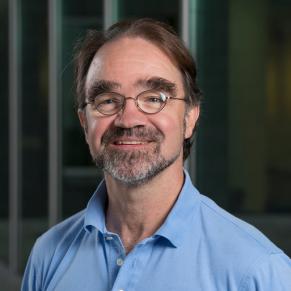 He teaches courses in microeconomics, labor economics, and research methods for PhD students. He directs the Center for Micro-Economic Policy Research (cmepr.gmu.edu), which operates a weekly series of Micro-Economic Policy Seminars (MEPS) drawing participants from several units of Mason. He is particularly active in mentoring several PhD students.

Earle's main research interests are in labor, development, transition, and institutions, including topics such as employment policies, financial constraints, reallocation, productivity, and entrepreneurship. Much of the research uses large, firm-level databases from the U.S. and other countries, and he has pioneered cross-country comparative studies of such data.

He has published more than 60 articles in refereed scholarly journals. Although trained as an economist, his work has always had a multidisciplinary bent, and his work has appeared in top journals ranging across a diverse set of fields: economics, political science, finance, management, and labor studies. The journals include Journal of Political Economy, Economic Journal, Journal of Finance, Academy of Management Journal, Review of Economics and Statistics, American Political Science Review, American Journal of Political Science, Journal of Economic Behavior and Organization, Journal of Comparative Economics, Journal of Corporate Finance, Journal of Labor Economics, Labour Economics, Industrial and Labor Relations Review, and Economics and Politics. The research has been supported by several grants from the National Science Foundation and the European Union as well as by private foundations such as the MacArthur and Russell Sage Foundations, among others.

His work has been recognized not only through prestigious grants but also through a number of awards. He was elected president of the Association for Comparative Economic Studies and a paper won the best paper award in comparative economic studies. In 2018, he received the Outstanding Scholar Award from the Schar School.

Earle is a long-standing Research Fellow of IZA, the Institute for Labor Economics, and has also had affiliations with the Institute of Economics of the Hungarian Academy of Sciences, the Center for Advanced Studies in Vienna, and the Brookings Institution. Policy experience includes stints at the Council of Economic Advisers, the Congressional Budget Office, and the U.S. Geological Survey, and policy advising and consulting with the World Bank, OECD, USAID, and others.

Prior to joining Mason, he taught at Stanford University, Stockholm School of Economics, University of Vienna, and Central European University, and held research positions at the Upjohn Institute for Employment Research and the Stockholm Institute of Transition Economics.

He received his undergraduate degrees from Oberlin College and Conservatory and his PhD from Stanford University.