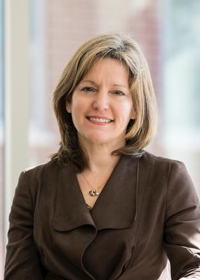 Dr. Cuellar, Professor of Health Administration and Policy, has extensive research experience in health care systems, Medicaid, mental health, and justice involved populations. A health policy researcher, her contributions include work on evaluating new organizational forms, such as hospital systems and physician alliances and their effects on quality, efficiency, costs, prices, and equity. In other work she has examined the intersection of behavioral health and the justice system; Medicaid policies and their impact on justice-involved youth and youth with behavioral health problems; on mental health courts as an innovative alternative for justice-involved juveniles; and on health care services for incarcerated youth and adults returning to the community. She currently also engaged in research related to Medicaid perinatal care, equity, and payment. Her work has been funded by NIMH, NICHD, AHRQ, NIJ, SAMHSA, and private foundations including National Institute for Health Care Management, Robert Wood Johnson, and MacArthur.

In addition to her role as Research Associate in the National Bureau of Economic Research, Dr. Cuellar is affiliated with the Center for Micro-Economic Policy Research, a forum for policy-relevant research using micro-economic and micro-econometric methods hosted by GMU’s Schar School of Policy and Government.

Dr. Cuellar served on the NASEM Committee on Community-Based Solutions to Promote Health Equity in the United States which released its report in 2017. Previously, she was a member of a national collaborative Mental Health Policy network supported by the MacArthur Foundation. In 2005-2006, she spent the academic year as a visiting economist to the U.S. Department of Justice. Dr. Cuellar serves on the editorial board of Medical Care Research and Review and is co-editor of the Economic Grand Rounds column in the journal Psychiatric Services.

Cuellar, A., & Cheema, J. (2012). As Roughly 700,000 Prisoners are released annually, about half will gain health coverage and care under federal laws. Health Affairs.

Wiener, J.M., Cuellar, A.E. (1999). Public and private responsibilities: Home and community-based aervices in the United States and Germany. Journal on Aging and Health, 11, 417-444.

Department of Health and Human Services. Office of the Assistant Secretary for Planning and Evaluation. March 2011-December 2013.

"How Do Youth with Emotional Disorders Fare in the Juvenile Justice System?" Calderone Researcher Prize for Junior Faculty, Columbia University. 2004.

"Variation by Gender and Ethnicity in the Effect of Alternative Work Arrangements on the Mental Health of California Workers," Institute for Health Policy Studies, University of California, San Francisco. Snowden, PI. July 2001-December 2001.